Books Worth Reading (8): Before Religion: A History of a Modern Concept by Brent Nongbri 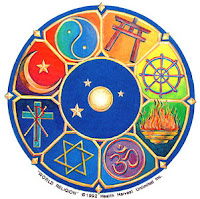 Brent Nongbri, Before Religion: A History of  a Modern Concept (New Haven: Yale University Press, 2013)
.
The very first piece of reading my PhD supervisor gave me to read – now some twenty-five years ago – was an essay from the then current issue of Modern Theology, “A Certain Politics of Speech:  Religious Pluralism in the Age of the McDonald’s Hamburger” by Kenneth Surin.  It was an exhilarating read. Political, theological, historical and philosophical arguments were mounted to deconstruct the concept of religious pluralism, and to expose it as the somewhat blunt construct of Western-based intellectual traditions that it is. His thesis was not new, but its presentation was captivating. The category of 'religion' and its plural 'religions' emerged as the West encountered and decided to classify traditions that had some overlap with Christianity. Whilst once used to demonstrate that Christianity was the 'true' or 'best' religion it gave way to proposals for the equality of all religions. Yet, the category could never be extracted from Western assumptions that had invented it. This issue has remained a side interest of mine over the years.
Maintaining this interest has involved trying to keep tabs on what is in effect a minor publishing industry. Surin himself was already drawing on Wilfred Cantwell Smith's seminal 1964 work, The Meaning and End of Religion. Australian scholars Philip Almond and Peter Harrison contributed, respectively, The British Discovery of Buddhism (1988) and 'Religion' and the Religions in the English Enlightenment  (1990). In 1998 Daniel Dubuisson published The Western Construction of Religion: Myths, Knowledge and Ideology and in 2005 there appeared Tomoko Maxuzawa's The Invention of World Religions: Or, How European Universalism Was Preserved in the Language of Pluralism. Harrison's The Territories of Science and Religion (2015) is also relevant, although more broadly oriented (and the subject of an earlier blog post). My inclination has been to believe that this entire line of enquiry has rendered the concept of religion so fragile and intellectually compromised that its continued use is testimony to the power of intellectual and cultural convention.

One of the interesting features of Brent Nongbri's recent contribution to this area of scholarship, however, is that, whilst making his own contribution to exposing the ideologies behind the concept of 'religion', he presents a case for the continued use of the term. I'll summarise a couple of his key contributions before picking up his argument for continuing to use the term 'religion'.

He demonstrates that prior to the invention of 'religion', the various traditions and ways of life had their own concepts, strategies, and ideologies by which they described themselves and, indeed, how they assessed and categorised alternative traditions and ways of life. But Nongbri also demonstrates how these earlier and diverse ways of negotiating identity and difference have largely been obscured by the modern conceptual dominance of 'religion'. This dominance is seen very clearly in the  translation of key terms in Christian and Islamic texts. Latin's religio, Greek's threskia, and Arabic's din and umma have often been rendered as 'religion' in modern translations, thus absorbing these ancient texts into a specifically modern (and therefore Western) conceptual apparatus which flattens out their differences. He shows how in their original contexts each of these words carries a broad range of reference (variously legal, moral, ethnic, liturgical) that calls  this modern translation practice into question. In sum: "Those aspects of life covered by these  terms (social order, law, etc.) fall outside the idealized, private, interior realm associated with the modern concept of religion. Translating these terms as 'religion' or conceptualising any particular individual ancient religio, threskia or din as 'a religion' is thus bound to be a misleading practice" (p.45).

He also demonstrates with his own examples the now familiar view that a certain Christian bias enters even the attempts to resist Christian superiority. A case in point from the seventeenth century is Lord Herbert's 'common notions' of religion which tried to establish some 'original', 'natural' or 'universal' form of religion. So for Herbert, "Christianity is just another form of the original religion". But as Nongbri notes, although Herbert was "interested in showing that all religions are at a basic level good religions,...his criteria for what constitutes 'good' and what constitutes 'religion' are very much indebted to the Christianity of his day" (p.95). Moreover, this is equally the case in describing the negative aspects of religion. He refers to how Herbert takes then contemporary critiques of priesthood (drawn from particular debates internal to Western Christendom) and imposes them on other 'religions' to demonstrate their  alleged deviant forms - as if priesthood was always and everywhere what it is in Christianity (and always and everywhere corrupts in the same way it does in Christianity)! He traces the impact of such intellectual strategies on the creation of  the category and academic discipline of 'World Religions'. On this issue he quotes Jonathan Z. Smith: "It is impossible to escape the suspicion that a world religion is simply a religion like ours..." (p. 129).
A similar practice emerges when looking back to the so-called religions of antiquity (and this is Nongbri's key focus). This once again involves the imposition of a modern construct on diverse patterns of ancient life and belief. He makes this point very sharply and is worth quoting at length:

If we want to go on talking about ancient Mesopotamian religion, ancient Greek religion, or any other ancient religion, we should always bear in mind that we are talking about something modern when we do so. We are not naming something any ancient person would recognize.... Religion is a modern category. It may be able to shed light on some aspects of the ancient world when applied in certain strategic ways, but we have to be honest about the category's origins and not pretend that it somehow organically and magically arises from our sources. If we fail to make this reflexive move, we turn our ancient sources into well-polished mirrors that show us only ourselves and our own institutions (p. 153).

So, is it valid to go on using the term and indeed even to regard 'religion' as a valid field of study? In giving an affirmative answer to this question, Nongbri insists that 'religion' must be used not as a descriptive concept, but as a redescriptive concept. As such it could be used as second-order category of analysis. He suggest that so used, we would learn to ask not, 'Is X a religion?' but something like: "Can we see anything new and interesting about phenomenon X by considering it, for the purpose of study, as a religion?" (p. 155).
This is a very good book and, although dealing with some quite technical arguments, it is highly readable. I'm sure that anyone interested in the study of religion, the ideologies of religious pluralism or, more broadly, the history of ideas, would find it well worth reading.
*****
This (very occasional) series of 'books worth reading' engages an eclectic selection of books: some directly related to my teaching, some to the UCA, and some of more general theological interest. They are not offered as technical book reviews, but as summaries which highlight why I think they might be useful resources, good conversation starters, or volumes that make helpful contributions to scholarly debate.
*****