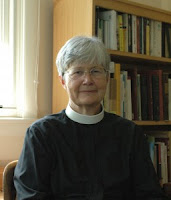 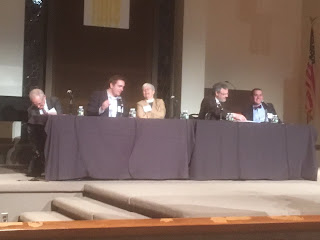 Posted by Geoff Thompson at 8:46 PM No comments:

One of the great privileges of academic life is that of sabbatical (or study) leave. The Board of my college has granted me the next six months as sabbatical. The major task is to complete the book, Christian Doctrine: A Guide for the Perplexed.  This is part of the Bloomsbury series of such guides. The contract requires me to finish the manuscript by January 31st 2018. The aim is to get the first draft completed by the end of the sabbatical.

The book won't be (yet another) introduction to Christian doctrines. Its main focus is actually on the question how doctrine functions in the church and, indeed, beyond the church (as part of the church's public witness). My short answer is that the overarching function, amidst its specific functions of teaching, apologetics, pastoral care etc, is that it helps to form the church's social imaginary.

But an equally strong focus of this particular book will be how the answer to that question is shaped by the realities of the theological and cultural diversity of the global church. This is a particularly contemporary challenge given the historical dominance of the Western tradition of doctrine shaping Christianity's social imaginary. For me this is not best addressed, however, by trading off Western traditions against non-Western traditions. I'm more interested in how these traditions are together shaped by and give shape to the church's emering doctrinal tradition - and how they find some unity around shared convictions about the living God.

To this end, I'm spending time over the next month engaging very intentionally with some particular examples  of both traditions. This week  I'm attending the LA Theology Conference at Biola University where I'll get to hear, among others, Katherine Sonderegger and Kevin Vanhoozer.  Then after a short stay back at home I'll be heading to India for several weeks where I'll be spending time at both the Mar Thoma Orthodox Seminary in Kottayam and then the United Theological College in Bangalore. I'll be given a paper to colleagues at both institutions on, 'Doctrinal Change and Constancy in a Global Church'.  Later in the sabbatical I'll be giving a similar paper to colleagues at Nanjing Theological Seminary. I'm really looking forward to the responses and insights from the Indian and Chinese colleagues.  For the outcome of all this look out for the book sometime in 2018!