What are we doing when we meet as a council of the church? 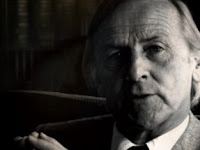 This morning, as part of an orientation session for the meeting of the UCA's Synod of Victoria and Tasmania, I presented a theological overview of the nature and purpose of meeting together as a Council of the church, specifically in the UCA with its commitment to interconciliar government. It's pretty much the same presentation as I gave at the beginning of the 2014 Synod. But there is one thing that has changed in my own thinking since 2014. The framers of the Uniting Church long argued that their work was not simply an exercise in ecclesiastical carpentry. I've never been fully persuaded that that was actually the case with respect to church government. But in thinking a bit more about comments made by Davis McCaughey and D'Arcy Wood (both of whom were involved in writing the Basis, and both of whom subsequently served as President of the national Assembly), I 've become less sceptical. It may not be quite evident in the surface of the Basis (specifically Paragraph 15), but both these framers of the church suggest that that Paragraph needs to be read as pointing us to something subtly different from what had been the practices of any of the uniting Churches or from any combination of those practices. It's worth trying to read that paragraph through the filter of that subtle nuance.


The text of the presentation is available here.
Posted by Geoff Thompson at 3:42 PM 4 comments: