Someone once said to me that if you come away from a conference with one new idea the conference has probably been worth it. By that score, the recent ANZATS conference in Perth was more than worth it. The electives were a good mix of classical and contemporary topics. I got to hear high-quality papers on the theology of Kevin Hart's poetry, an evangelical argument for hilasterion as expiation (and not propitiation), affectivity in the theologies of Bernard of Clairvaux and Jonathan Edwards, and debates about the divine apatheia in Pentecostal theology. (As the presenter of the latter paper indicated, 'Pentecostal theology' is not an oxymoron and, as I myself have observed in recent years, there is an emerging body of high quality theological scholarship coming out of the Pentecostal movement and it deserves to be taken seriously by those of us in the mainline traditions.) 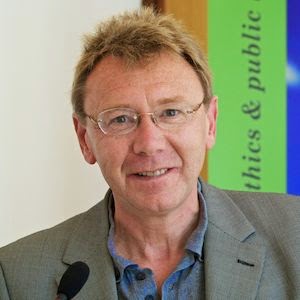 The highlight for me, however, was Graham Ward's set of three papers on the conference theme, 'The Eclipse of God: Theology after Christendom'. He combined cultural commentary, philosophical analysis and constructive theology - dare I say, preaching - in a creative and engaging way. (I doubt popular music or film clips would have played quite the role in keynote addresses at previous ANZATS conferences as they did at this one.)

I don't think I could summarise his thesis easily, but perhaps some of its elements are captured in these various notes I've made of his remarks:

Ward repeatedly acknowledged that he was drawing on his British and European context and kept on asking if his anlaysis resonated with the Australian and New Zealand scenes. The general consensus was that it did. Clearly, these ideas are not unqiue to Ward, but there was something delightfully uncommon about his capacity to combine highly developed culural commentary with equally highly developed theological construction. Much to admire and appropriate.

Some of these ideas are already discussed at greater length in Ward's True Religion (2002), The Politics of Discipleship (2009) and his forthcoming Unbelievable: Why We Believe and Why We Don't (scheduled for publication in October 2014).
Posted by Geoff Thompson at 4:41 PM 2 comments: