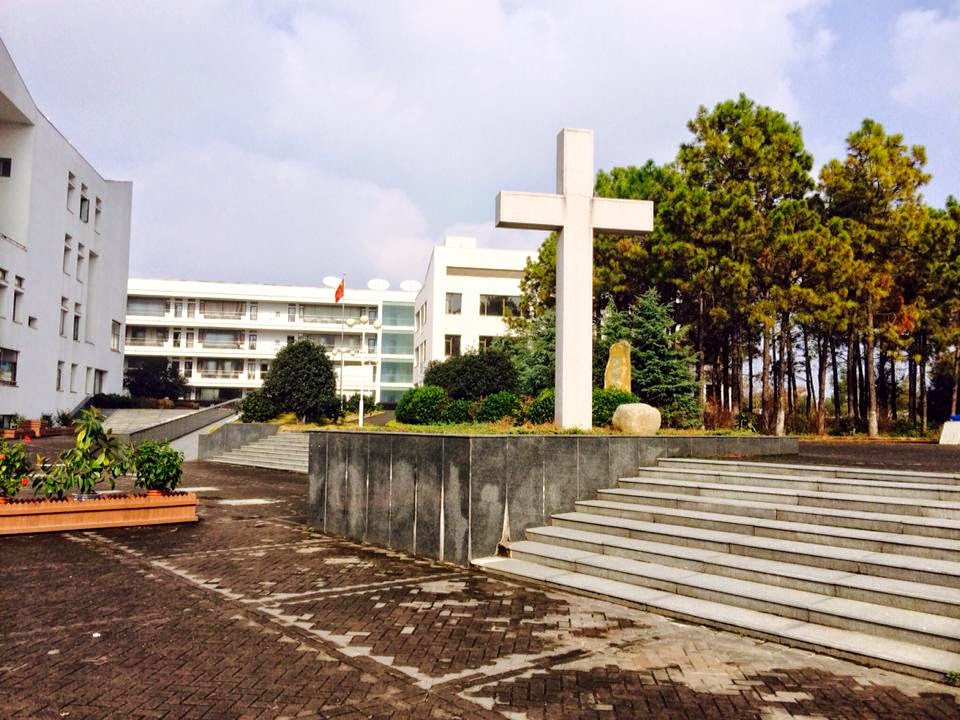 From 22nd-29th of November I was teaching at Nanjing Union Theological Seminary – the national seminary of the Chinese Protestant Church. This stint of teaching was part of the unfolding relationship between the Uniting Church and the China Christian Council (CCC). Despite the name, the CCC is not so much a Council of Churches as we in Australia understand that term, but more the federation of Chinese Protestant Churches. Below are a few observations, reflections, learnings etc.,  prompted by the experience.


Facts and figures: CCC The growth of the Protestant church post the Cultural Revolution is staggering. The conventional estimate is that there are as many as 30 million Protestant Christians in China. It is believed that there were perhaps 1 million Christians at the end of the Cultural Revolution. So, the growth rate of the church far exceeds that of the population at large.  Another figure that is widely-quoted is that there are 400,000 baptisms a year.  I was struck on this and two previous (non-teaching) visits to the CCC how little triumphalism there is  in the Chinese accounts of this growth. It is as if this has happened independently of them, and that the response is to care for and encourage the new Christians.


Facts and Figures: Nanjing Seminary The CCC oversees 17 seminaries throughout the nation: 16 of them regional, and the one national seminary in Nanjing. The Nanjing seminary is the only one which teaches for postgraduate degrees - although only to Masters level. There are 400 students at the Nanjing seminary, all of them residential, and nearly all of them aged in their twenties. Some are in their late teens having come to theological study straight from school. Of course, the age profile of the student body reflects that of the church at large: it is a young church which is generating and attracting committed and energetic leaders. Nevertheless, there is an acute shortage of theologically trained pastors: present figures suggest that on average there is only one theologically-trained pastor for every 18,000 Christians. Accordingly the CCC is deeply committed to developing high-quality theological and ministerial education.

The campus at Nanjing is spacious and comfortable. Watch the video below to get a sense of the size of the buildings; watch right through because it finishes focused on a sculpture of the crucified Christ whose arms are stretched over world. It is an interpretation of Gal 6:14 and was created by a recent graduate. 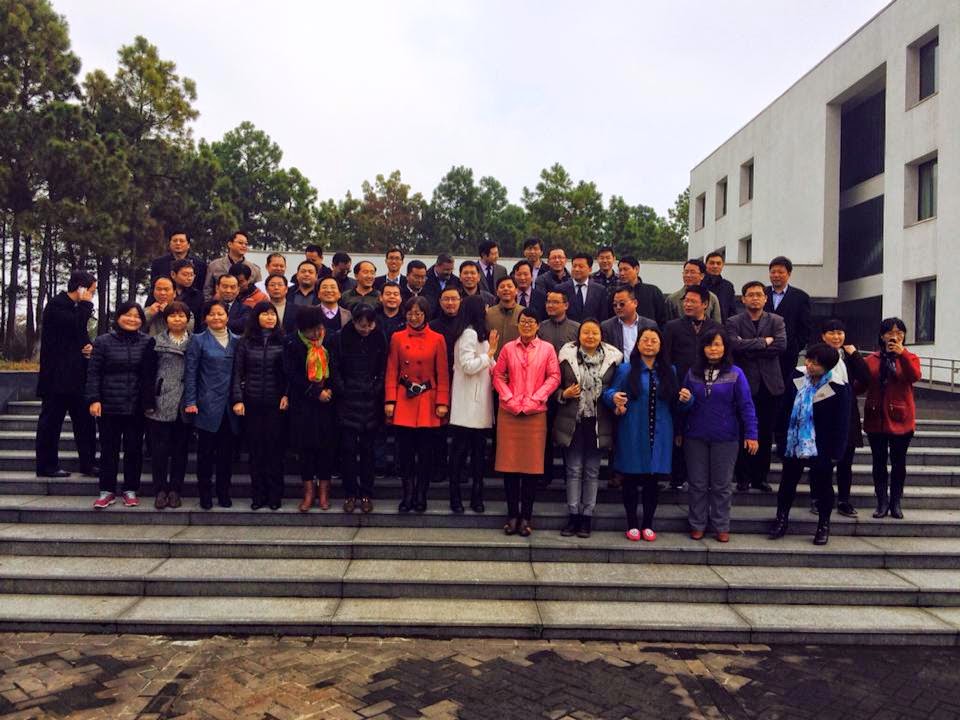 My course and the students My teaching was part of a four week-intensive for 45 pastors doing Continuing Education (their second such intensive for the year). They hailed from all parts of China, including Mongolia and a city on the border with Vietnam. In the previous weeks they'd studied, among other things, the Old Testament prophets (with another visiting Australian scholar) and Luther's doctrine of Justification (with a Chinese theologian from Hong Kong). In this final week it was my lectures on Doctrine and Pastoral Ministry in the mornings and in the afternoon a course on the history of Chinese Christianity  (starting in the 8th century) with my UCA Colleague Rev Dr Ji Zhang. My own topic was worked out in consultation with the Faculty. The Chinese church is exercised by its lack of a common confession of faith as well as by both the pastoral and regulatory roles of doctrine in church life. The pastors were very engaged and I learnt much from them about some of the doctrinal discussions and disputes presently at play in the Chinese Church. (Whilst I didn't do an exact count, my conversations with the various members of the class suggested that this group of pastors had responsibility for something approaching 40,000 Christians.)
Chinese Theology I was interested to see how the discipline of contextual theology was being appropriated. I was struck by the nuanced attitude towards the relationship between developing Chinese theological traditions and those of the West. This is a complex but also fascinating issue. The Chinese church desires to present itself as an indigenous church, free from divisions of Western Christendom. It speaks of itself as a postdenominational church. At the same time, it wants to learn from the great theological figures of Christendom: the Chinese church knows it is not starting from scratch. Then, on another flank, contemporary China is otherwise being Westernised in so many ways. At least as I heard the theologians and students speaking, they were wanting to nurture a Chinese Christian identity  shaped but not determined by Western Christianity whilst simultaneously wanting to keep their distance from the more negative westernising trends in China.  I was intrigued to learn of many Christian scholars teaching Christian thought and history in many of China's universities. This is the way many Chinese are actually introduced to Christianity.

A final comment The suffering of the Chinese church during the Cultural Revolution is well-known and much honoured in the West. In one conversation about this experience, one of my Chinese colleagues quickly deflected the discussion away from any sense of martyrdom. Instead, he pointed out that Christians were far from the only group to suffer during that period. The present significance of that experience of suffering is not that it allows Chinese Christians to think of themselves as more virtuous, but that it allows them to share in the suffering shared by so many of their fellow Chinese.

The word privilege can be too easily used, but this week was a privilege.

Posted by Geoff Thompson at 10:34 PM No comments: