How not to waste a theological education

One of the things common across these three decades is that people still come to theological education with various warnings from their friends and family echoing in their ears. Thirty years ago, it was most likely, 'don't let them destroy your faith'. There is still some of that (and I'm now one of the 'them'!). But the more likely warning today is 'they won't equip you for the changed context'.

Most of the recent debates about ministerial formation in the UCA have been driven by the anxiety of the 2010s - and rightly so. (Although, I do feel constrained to say that even in the ministerial formation I received in the 1980s, I was never encouraged to think that theological education was by itself a sufficient preparation for ministry. There may have been deficiencies in how that distinction was addressed, but - even as one who was especially drawn to theological study - I was never under any illusion that competence as a theological student was immediately transferable to competence in ministry.) Addressing the anxiety also requires attention to the role of theological wisdom in ministerial formation. We'll only know how to align the two properly if we have a clear sense of what the purpose of theological study is in the first place.  Otherwise, the debate will simply be a political tussle between different ecclesiastical stakeholders.

I came at this question, albeit a bit tangentially, in a sermon I preached in our college chapel last year when I addressed the awful possibility of candidates for ministry wasting the time they spent in theological education.


A discussion of what it means to provide theological  leadership could well occupy a month of blog posts, but for now I'll make this single point: to provide theological leadership is to help the congregation or some other community of faith to enter into the shock, strangeness and novelty of the Christian gospel. It's about pointing back to the seminal events of Jesus' life, death and resurrection and drawing from them an orientation to the present and the future. It is this which not only orients us to the church's only foundation, it is also the point from which we gain critical leverage over any cultural or ecclesial domestication of the church (the risk of which is not an iota lessened by orientation to the changed context). At least one dimension of the purpose of theological education as one part of a wider process of ministry formation is, therefore, to have one's imagination intentionally drawn into, and cultivated by, this shock and strangeness, or what Rowan Williams calls, the 'realignment' of talk about God provoked by Jesus and what happened to him. So, in Williams' own words: 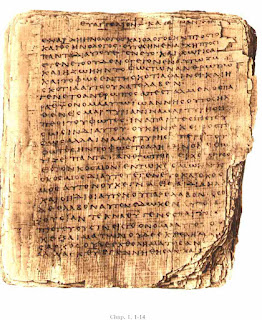 I think theological talk gets off the ground because some profound puzzlement has shaken up frames of reference. You need to find new words to talk about the whole environment, the entire context in which you’re living. And that’s why the New Testament is so important for looking at how theology works. Something enormous has happened, which has really challenged the categories available, and so I like to say the New Testament is work in progress because it reflects not a uniform, bland final version, but – this is where inspiration comes in – the immediacy of a shock and realignment of how you talk about God and creation. In a sense it muddles up the categories, it says you have to start somehow thinking about God as not confined to elsewhere – but in terms of Word or Son or  Spirit actually accessible within very material, specific conditions. [“Belief and Theology: Some Core Questions” in God’s Advocates: Christian Thinkers in Conversation  (London: DLT, 2005), 1.]

One way, therefore, of ensuring that a theological education is not wasted is to use the time intentionally to place ourselves right in the middle of that puzzle - and to enter it with every ounce of spiritual and intellectual energy we can muster. That means, in some sense, to take time to find our way into the revolution in theological conviction and spiritual experience brought about by Jesus. In other words, this is not just any puzzle; it is a particular puzzle generated by the life, death and resurrection of Jesus and the relationship of this drama to Israel's hope, the world's purpose and the church's mission. The first Christians had their imaginations stretched to breaking point by entering a way of life which grew out of claims about a tortured and executed Jew being God's saving presence on earth. To study theology is to take the time to live into the effects of that puzzle as it has rippled through the history of exegesis, doctrine, prayer, worship and discipleship.

Moreover, there is something particularly resonant about taking this posture towards theological study at this time and in this context. As we in the West move out of Christendom and its associated denominationalism, we are in a position - which even our quite close forebears were not - to feel the force of that puzzle afresh and again to make it generative for the life and witness of the church. With Christendom's blinkers removed, we can see when and how the church has too easily sought to solve or bypass the puzzle and make Jesus less puzzling. The generative power of the gospel is newly available to us. And we are free to see how it can 'realign' the life of the church to its own foundational drama. With theological education so understood (and as part of a wider process of ministerial formation), theologically-formed leaders can be curators of the church's imaginative engagement with this puzzling but life-giving foundation. To resist the puzzle and the theology which it generates is to step back into Christendom.

Theological education at this time in the history of the Western church is a unique opportunity to be grasped by this novelty and to be formed and continually reformed by it. It's too good an opportunity to waste.

Posted by Geoff Thompson at 6:00 AM

Geoff, yes!! As I read this I kept hearing the scholars of human memory - both at an individual and a community level - who keep affirming that most people most of the time don't remember things in order to provide an accurate historical account of the events they remember, but in order to help to make sense of themselves (as individuals or communities) and their place in the world in which they live. I find it really helpful to remember that the gospels and Acts are accounts of how the early Christians did this. :-)

Thanks Judy. I'm very interested in the social- and cultural-functions of the NT literature in the communities from which they emerged. I try to extend those functions to the functions of theological and doctrinal discourse in the church. Most of our received (formulaic) definitions of theology focus on its cognitive and intellectual functions (which is essential), but with little attention to the wider cultural functions. I think Williams is pointing in that direction.

Geoff, what is exciting and illuminating about theology is the emphasis on asking questions. To do so means an active mind out of which often comes a new understanding of what faith means. As I have been "churched" all my life, initially, for the usual reasons, to question was frowned upon, and the pathway to somehow destroying faith. Instead, I have welcomed the new understandings and meaningful clarifications that have resulted. I will always have questions, and that is good, as long as they lead to a deeper understanding on the way.
Howard

Yes, Howard, an unexamined faith is not worth proclaiming.