The 'Same God?' Controversy: Some Other Questions

The 'Same God?' controversy at Wheaton College rages on.  An issue of evangelical loyalty and identity has opened up into an issue of interest to a much wider range of Christians. Probably unsurprisingly, a discussion about Christian-Muslim relations has exposed some of the contemporary fault lines internal to Christianity.
I have nothing to add to the theological discussion directly, but there are a few things about the discussion that strike me as being slightly askew. Or, more specifically, I wonder if we are trying to force one theological question to do more theological work than it is reasonable to expect it to do. What follows, therefore, consists of an observation, some other questions, a concern, and a personal reflection.
An observation

Both the content and the tone of much of the discussion seems to suggest a background assumption that if we have our doctrine of God right, then our worship will be true and faithful. But the various theological traditions of Christianity, and I’m sure those of Islam also, have long taught otherwise. Wisely taught and used, doctrines are, in Nicholas Lash’s felicitous words, 'protocols against idolatry'. But taught and used without wisdom, they are as prone to becoming idols as is any material object or hidden ambition. Trinitarian doctrine may well be a true guide to true worship (something I definitely affirm), but in no way does adherence to Trinitarian doctrine guarantee true worship. Christians are called to worship in Spirit and in Truth (John 4:24) and to make their lives their worship (Rom 12:1). Such worship requires an orientation of body, soul and mind to a range of practices and convictions, not simply to a particular doctrine of God. So it seems to me that the question of whether Christians and Muslims worship the same God can’t actually be answered by comparing respective doctrines of God (even if that comparison will be one element informing the answer).
Some other questions

The above issues have led me to wonder whether some of the various theological expositions which have emerged in recent weeks have unwittingly been answering a question quite different to the one they think they are answering. They are actually answers to the question of whether Christian monotheism and Islamic monotheism are the same. Regardless of how that question is answered, it is a different question to whether Christians and Muslims worship the same God. Both questions are perfectly legitimate and properly warrant deep theological reflection. Perhaps, however, an equally fruitful question would be to ask what each tradition means by worship and how it is practiced. For it seems to me that practices of worship will tell us at least as much - and arguably even more - about the object of our worship as will a doctrine of God. From that question a couple of others also flow. What are the teachings of Islam which are reflected in Islam’s various worship practices? Are there aspects of both the worship practices and their underlying theologies from which Christians and Muslims might learn from each other? It seems to me that each of these questions is logically distinct (if not completely unrelated) to the question of whether Christians and Muslims worship the same God.
A concern 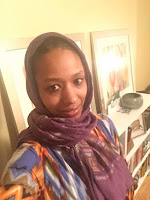 The current controversy has not arisen out of an abstract doctrinal dispute. When Larycia Hawkins affirmed her belief that Christians and Muslims worship the same God, she did so as one of several justifications of her hijab-wearing act of solidarity with Muslims, a solidarity intended to counter the loud anti-Muslim voices emerging from North American Christianity. The intention is exemplary. The hijab-wearing act is of immense symbolic power, and one that I personally find very moving (whilst acknowledging that the response from Muslims is not unanimous). But there is, I think, a risk in justifying such solidarity on the basis of "religious solidarity" based, in turn, on the belief that Muslims and Christians worship the same God. Even if both do worship the same God, Christian solidarity with Muslims against those who would demonise them is properly justified (as it was by Professor Hawkins) by a concern for such matters as love of neighbour, befriending the stranger, respect for the dignity of all humans, and not bearing false witness. Professor Hawkins’ act of solidarity would be perfectly justified and no less exemplary even if it was unequivocally the case that Muslims and Christians did not worship the same God.
A personal reflection 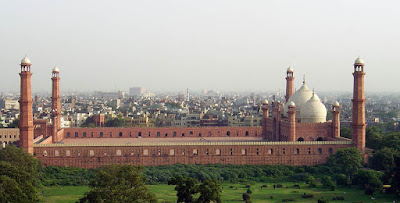 At a personal level, the controversy has brought to the surface some long dormant memories of issues that first emerged for me when I worked for several years in Pakistan back in the 1980s. Then an Agronomist, I was theologically very naïve (in hindsight, embarrassingly so) and I satisfied myself with what were some pretty unsophisticated understandings of Islam. But the question now provoked by the Wheaton controversy is one that I could not help but ask as I daily woke to the call of the minaret from the adjacent mosque, or as I observed faithful Muslims pausing from their work and bowing towards Mecca as I busily drove along the highway to and from my work, or as I would walk around the truly sublime seventeenth-century Badshahi Mosque, just a couple of kilometres from where I lived. In fact, it is the architecture of that remarkable mosque which still stirs a theological question for me. The capacious welcome of its vast open spaces, its smooth sweeping arches, its gently curved domes, and its starkly simple minarets – features it shares with the other grand mosques of Moghul India - managed to point me to God’s grandeur and simplicity more eloquently than the often-cluttered naves, the dark-vaulted rooves and  the jagged, intrusive spires of Christendom's gothic cathedrals. Can such reactions be legitimate prompts to ask a different question than the one generating the current controversy? For instance: What is the theological insight in Islam that has generated such beauty and is there wisdom in that insight from which Christians can learn?  Again, it seems to me that such questions are independent of the answer to the question of whether Christians and Muslims worship the same God.


* * * * *
My thanks to Jason Goroncy for some helpful responses to an earlier draft of this blog. Jason's own reflections on the issue can be found here.
Posted by Geoff Thompson at 10:03 PM

Just the kinds of questions that should be being -- but largely aren't being -- asked, coupled with some really insightful observations, important distinctions, and thoughtful reflections. It helpfully articulates a lot of what I've been mulling over for the last few weeks. I am grateful.

My first time here - what a place; love it. If I remember correctly back to my studies God was often overlooked in the New Testament studies. Having been part of the spiritual discussion groups in LinkedIn and also in the areas of Interfaith I can say that I have come to an empirical conclusion that we all worship the same creator God but He reveals Himself [Herself] to each one of us in this planet earth according to our personal/racial/ethnic worldview.